Our first day in Vietnam was a doosey.  No relaxation for this couple. We were up bright and early with a full day ahead of us.  First stop? Cu Chi Tunnels.

Thats right, we jumped head first in to confrontation with the big elephant in the room - the Vietnam War.

But still, a little uncomfortable.

The Cu Chi Tunnels are a series of underground tunnel systems that the Viet Cong used in their battle against the American army, especially during the Tet offensive. The tunnel system is long and complex, sprawling over 3 levels at some points and included living space and cooking areas for the Vietnamese civilians. 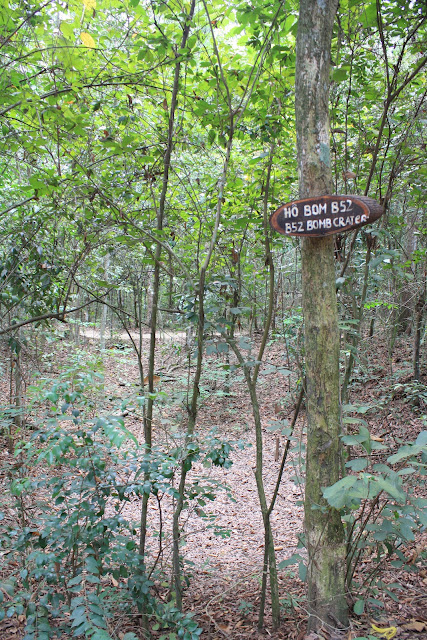 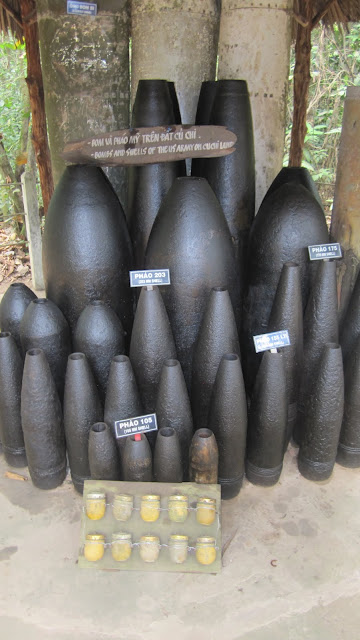 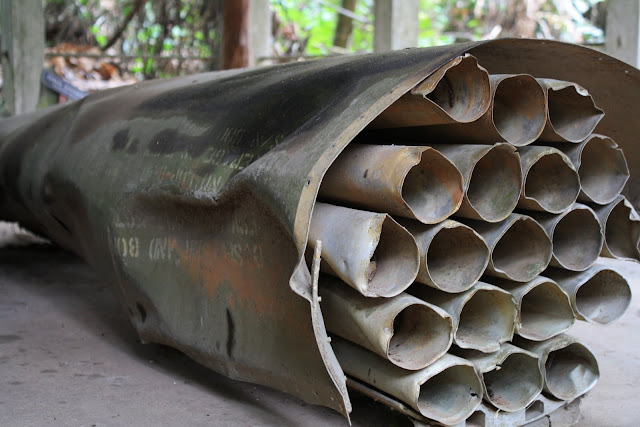 Today, the Cu Chi Tunnels are one of the most popular tourist destinations in southern Vietnam. Strange? A little.  More strange - seeing swimming pool sized craters created by B-52s, taking photos with mannequins dressed as Viet Cong soldiers, visiting the shooting range where you learn how to shoot a gun, and crawling through the actual tunnels themselves (enlarged in recent years, of course, to accommodate the size of Westerners). 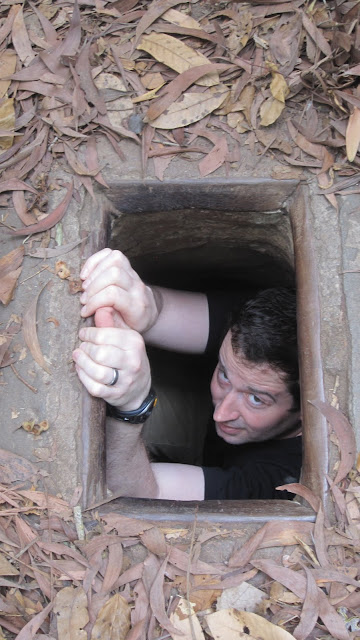 Personally I think its important to revisit history and learn about the other side. What happened to them, their side of the story, see how it impacted their lives.  Even if that means hearing them call us "a crazy bunch of devils" who "ruthlessly decided to kill this gentle piece of countryside" (quote taken from a video that is shown at the start of the Cu Chi Tunnels).

It was really eye opening to hear all of the negative language about the American army during the war (even more so when we visited the War Remnants Museum later that afternoon, which was originally called, and only recent changed, the Museum of American War Crimes) - not that I was really that surprised. I know that we aren't the most loved nation in the world, however much we think that we are, but it's still slightly shocking.  I couldn't help wondering what the sentiment would be at the tunnels if we had won the war.  We always here such bad things about communist and other extreme governments, it was really interesting to be on the other side of that for once. It was something we would see a lot of during our two week stay.
Posted by tracy lynn at 23:29