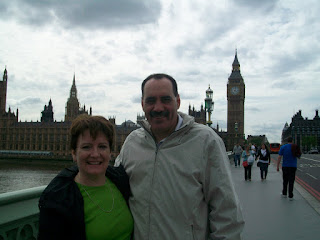 Last week my Mom and Dad came to visit! We did TONS of stuff - all the good touristy things and more! I am waiting for Mom to send me all of her pics, but here is a little taster of everything that we did...

It was GREAT to see them, and I think I was more exhausted at the end of each day than they were! They also spent a couple of days in Newcastle visiting some friends. All in all I think they enjoyed their first trip to the UK :)
Posted by tracy lynn at 18:55 0 comments

Countdown to Mom and Dads arrival - t-minus 14 hrs! Cant wait for them to visit and show them around london!

Im sure I will have lots to report - keep posted!
Posted by tracy lynn at 19:39 0 comments

For a surprise birthday dinner last week, Brian took me to Fifteen. Its one of Jamie Olivers restaurants, and the creation of the restaurant was filmed and aired on TV as 'Jamies Kitchen'. More than a restaurant, it is a registered charity and helps disadvantaged young people make a change in their lives. It empowers them through hands on learning and apprenticeships in the restaurant and food industry. After reading more about it, it sounds like a great foundation! Not to mention the food was FANTASTIC.

Its a blessing and a curse that the restaurant is in our neighborhood :)
Posted by tracy lynn at 19:25 1 comments 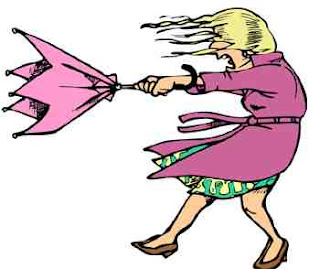 London needs a new nickname and I'm stealing it from Chicago. The wind has been out in full force this week - hair is instantly messy when you walk out the door, you can hear it through the windows and the walls, and its making the spring-temperatures fall! But at least it hasn't brought (that much) rain with it! So I'll take the wind as long as there are sunny skies! Have a happy weekend!
Posted by tracy lynn at 18:04 0 comments

OK, so I know its nearly the middle of the week by the time I'm posting this, but Brian and I did so many different things over the bank holiday weekend (hooray for a 3 day weekend!), I just had to share!

Friday evening - I met up with Brian and a friend at a great spot for drinks. The place was called Shunt, and it is located (for the time being) underneath the London Bridge Tube\Rail station. Literally, underneath it. It is a temporary art gallery\performance space\bar, and is only running for a few months. Along with art displays and pieces, there is a space for bands to perform, live art performances, poetry readings, a speakeasy, a main bar, a billiards room and many random pianos scattered throughout this HUGE underground venue. It was really cool. You are literally under the station in the vaults, its very dark, a little musty and has LOADS of character. If you live in the UK and are reading this - I highly recommend it!

Saturday - Another day of gorgeous weather here in London! In the afternoon we ventured over to Notting Hill to see our friends who recently moved and had a baby! The baby is adorable, our friends are coping with parenthood very well and their new apt is great! Congrats again to Jess and Brian! The weather was so nice that Brian and I decided to walk back to Islington from Notting Hill Gate. That's all the way from south-west London to north-east. We cut through Kensington Gardens, Hyde Park, Marleybone and tons of other areas that we had never been to before! It took a couple of hours, but well worth it!

Sunday - we started off the day by heading over to the Columbia Road Flower Market, where I bought the biggest single bloom hydrangea I have ever seen (picture to follow). In the evening we went to a dinner party hosted by another American couple that we are friends with over here! It was great company, and nice to not have to cook for once :)

Monday - a group of Brians work buddies got tickets to a Breakdancing Convention held at a dance school in our area. Deciding to get a little culture and do something different, we agreed to tag along. Now, when I think of British dancing, breakdancing is not exactly the first thing that comes to mind. More like second to last. I sort of felt like this was an event I would have attended in Poughkeepsie....until the performance began. The first couple of groups to perform delivered some pretty solid breakdancing (says the girl whose only exposure to breakdancing are the kids that perform for money on the 6 train in NYC). One of the groups even did some breakdancing to classical music, which I personally thought was awesome for its originality. And then it got weird. Less hip-hop, more performance art. Right. The only time I have gone to something truly hip-hop related since Ive been in London and it turned into performance interpretive-weird in less than 90 mins. Go figure. That's how the brits do hip hop. Oh well - at least we tried :)
Posted by tracy lynn at 23:51 0 comments