Canoeing in the Orb Valley

On our second day in southern France we decided to get our exercise on. And by exercise I mean half-heartedly dip my paddle into the water while basking in the sunshine and taking in the views.

I know...I know...I really shouldn't strain myself too hard, I'm bound to get an injury.

There were a couple of canoeing spots located close to where we were staying. We decided to drive to Roquebrun, a medieval town on the banks of the river Orb, about 40 minutes northwest of Neffies, where Canoe Roquebrun Grandeur Nature has several canoe trips mapped out along the Orb valley.

We decided to do a 5km canoe trip as we wanted to take our time and not be so "serious" about canoeing our little butts off. And, we were on vacation - you're lucky I even dragged myself away from the pool. The 5km trip that we were about to embark on was appropriately named "Ceps". It was fate. 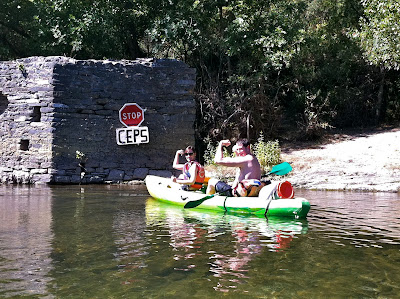 Once we got 3943895380 pictures of B and I in front of the Ceps sign we were off on our little adventure! The weather was perfect - it was hot but not scorching, clear blue skies and a gentle breeze passed through the valley. Pretty much it was heaven on earth. The water was crystal clear and the river ranged from less than an inch deep (as proved by the numerous times we ran aground, the ten pounds of cheese and foie gras I had the night before dinner probably didn't help) to several meters (thats actually a guess, I'm not sure exactly how deep it got, but deep enough for me not to be able to see the bottom). 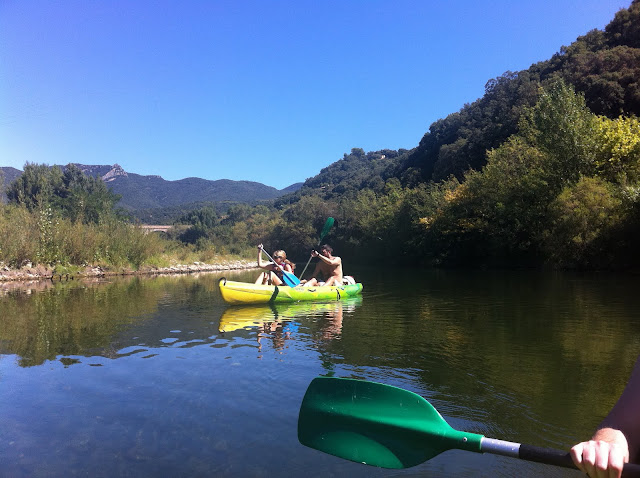 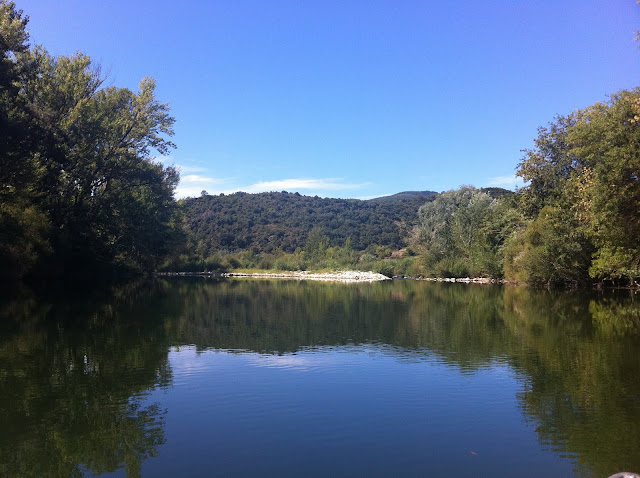 After a little while of paddling and taking in the incredible scenery we decided to stop for lunch.

What?? It had been, like, TWO HOURS since I had breakfast!

We pulled our canoes over on an embankment and spread out our feast. We had made a quick trip to the boulangerie and town store to pick up provisions - a baguette, goats cheese, sliced meats and the best little donut peaches I have ever had. These little guys were so ripe and juicy they actually tasted like candy to me. Which is good, because we forgot to bring dessert (and the bottle of wine we bought specially for the canoe trip - party FAIL). 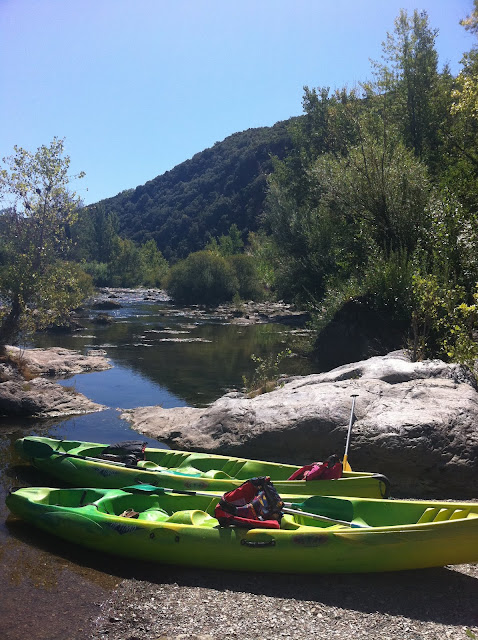 After our bellies were full and I mustered the energy to go on, we continued down the river. If you were to take one of the longer trips you would encounter some pretty decent rapids for being in a plastic canoe. We, on the other hand, got the baby ones. No matter, they were a delight all the same! Just because they were mini doesn't mean that I didn't squeal my little head off! After all, they were the first rapids I had ever been on!


After all that excitement were were happy to mosey on down the last part of the river quietly and calmly. We didn't want it to be over. I wanted to stay on that river forever. But alas, the end was near. The only thing that made it even bearable to get off our plastic boat of dreams was the allure of the pool and a bottle of rose waiting for us back at Maison Dix. 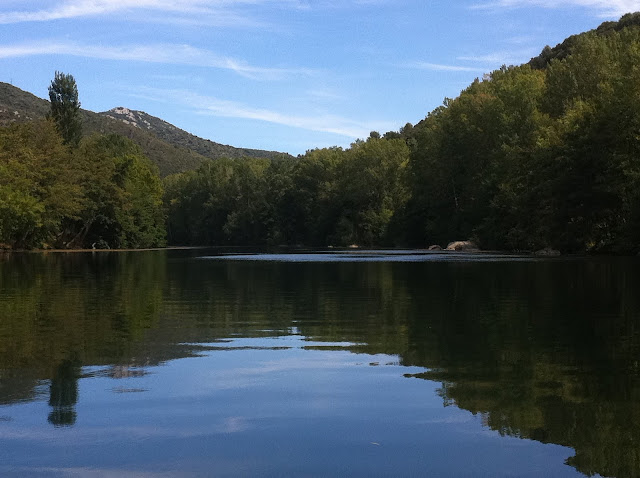 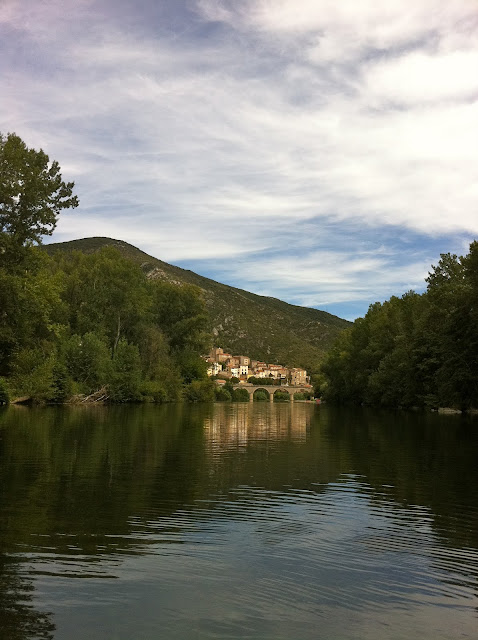 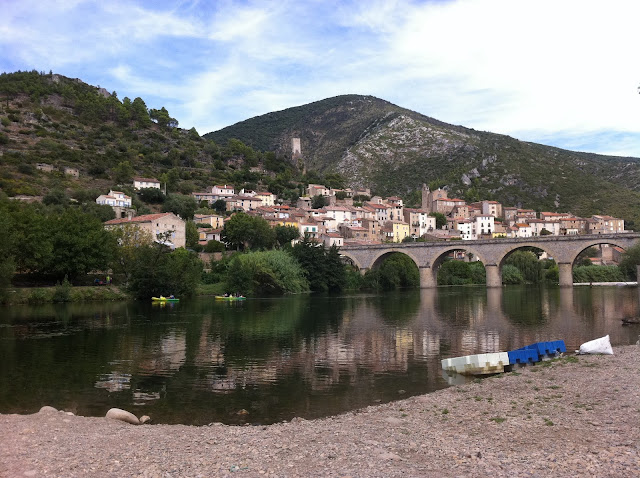 Check out Canoe Roquebrun Grandeur Nature and all the canoeing options they offer in the Languedoc region - it's a definite "must do" if you are ever in the area!


Apologies for the photo qualities in this post. I had to take most of them on my iphone as I didn't want to risk my dSLR ending up in the drink! 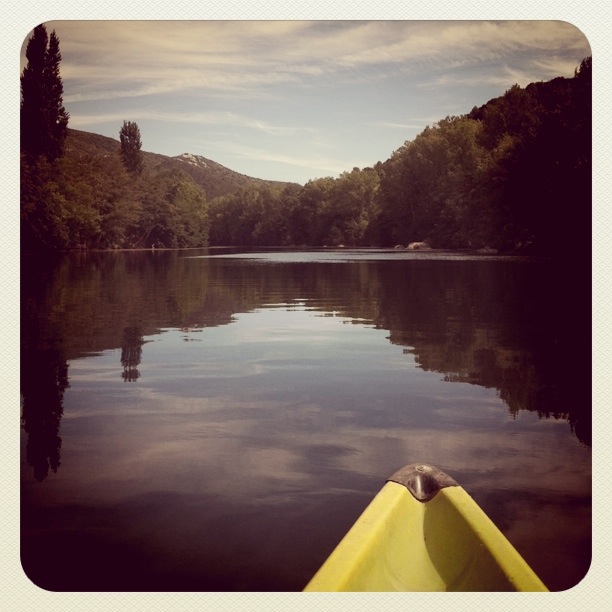